Our working lives are becoming longer as the UK population ages. Work will be a critical part of the how the UK adapts to having an older population.

The Foresight Future of an Ageing Population project provides policy-makers with the best evidence and analysis of the main challenges that result from older and extended working lives.

The following five pieces of evidence from the project describe the current picture of UK employment for older workers, and the challenges people face working later in life.

1. Employment rates drop sharply for people who are employed by others as they reach their late 50’s, whereas the decline in the rate of self-employment is more gradual.

Enabling men and women to access self-employment opportunities may extend their working lives. 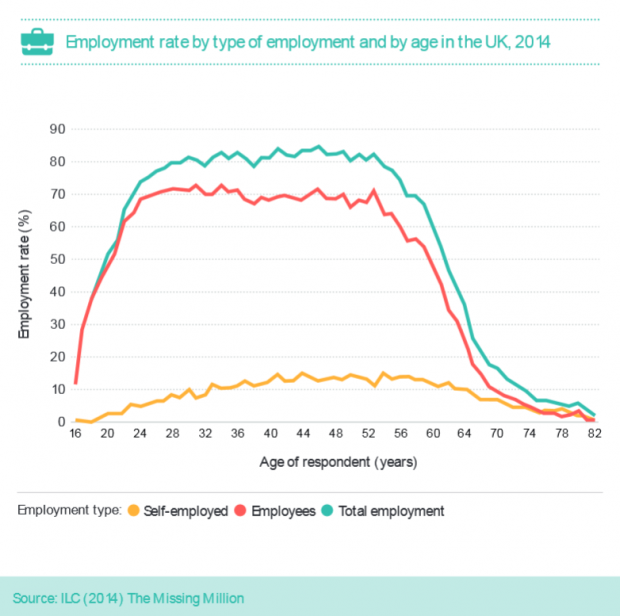 2. Employment rates among those aged 65-69 for both men and women have increased since the mid 1990’s.

Factors including better health, improved skills and the enabling of flexible working are likely behind this trend. It is hard to predict how long these factors will continue to drive this increase. 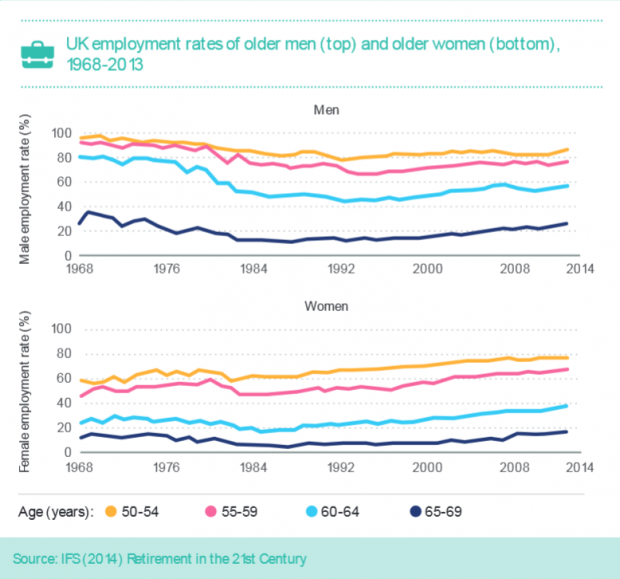 3. There are significant regional differences in employment of older people, with men aged 65+ in London and the South East over 40% more likely to be in employment than those in Scotland or Yorkshire and the Humber. 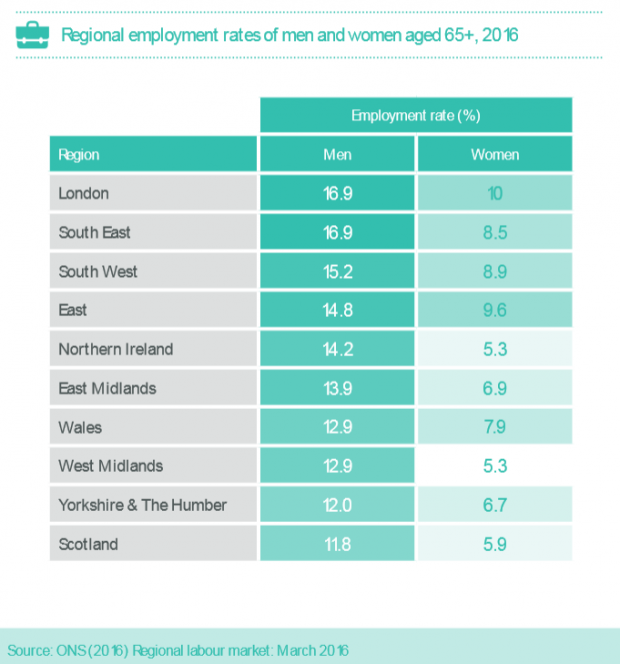 4. Once out of the workforce, older workers are more likely to remain unemployed. 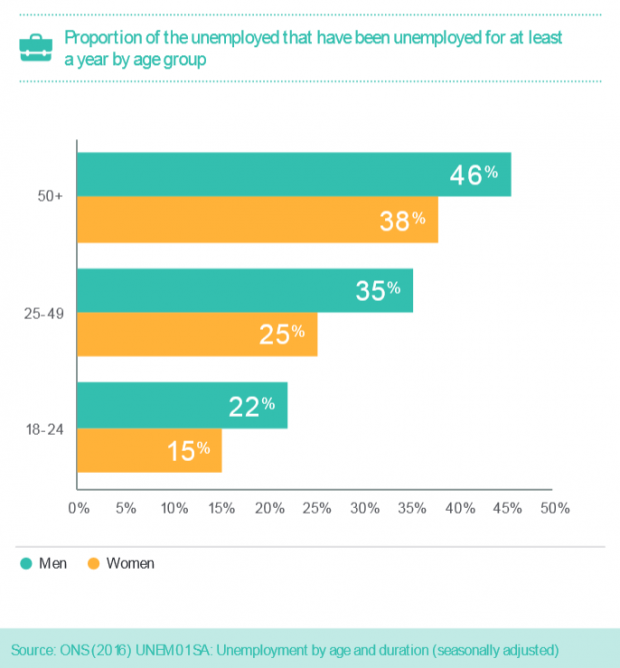 5. People with caring responsibilities are more likely to work part time, retire or be economically inactive than those without – and demand for care is likely to continue to increase.

Enabling people to balance their care responsibilities with work may be critical to the retention in the workforce. 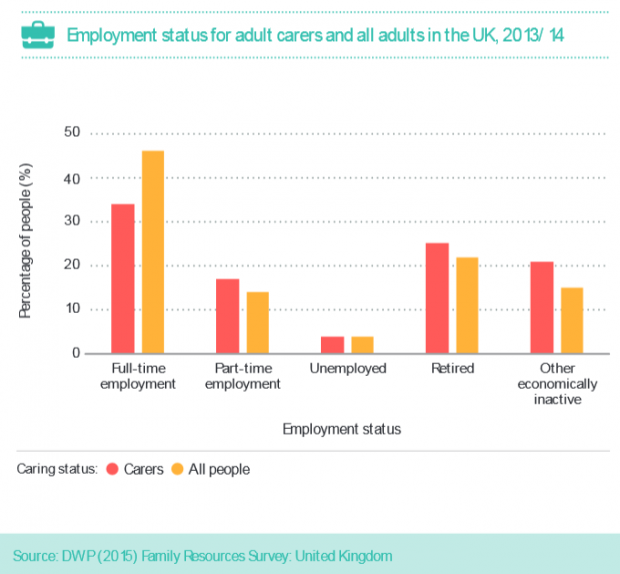 Read Foresight’s Future of an Ageing Population final report to find out more about how work will change as the population of the UK ages.

Sign up for email updates from this blog to read more information from the Future of an Ageing Population project and other Foresight projects.

This blog is a place for policy makers, stakeholders and academics to connect with findings from the Government Office for Science Futures, Foresight and Horizon Scanning programme.